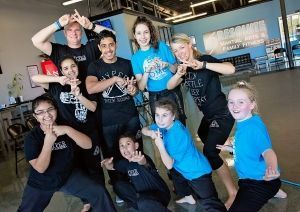 -Meet Our Instructors And Staff- 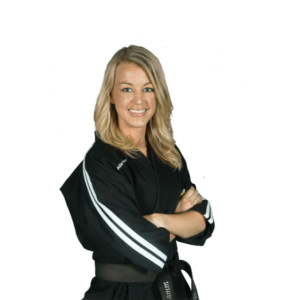 Master Hollie Hamm began her Martial Arts journey in 1996 in Georgia at UMAS Karate. She earned her first black belt in 1999. She began assisting classes at the age of 12 and went on to become one of the youngest Instructors in the organization. After a move to Florida, she continued her love for Martial Arts, teaching children, and opened Resolute Martial Arts. Master Hamm is now a 5th-degree black belt under the American Karate Association. She is also the President of the Professional Martial Arts Conference, a national tournament league. Outside of Martial Arts, Master Hamm enjoys running, rowing, and weight lifting. She also loves hot yoga and her doggy family at home. 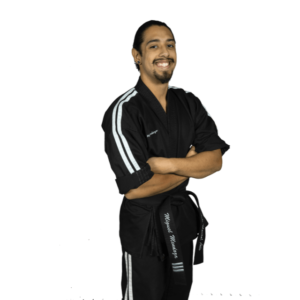 Mr. Mendoza began his training under Master Hamm at the beginning of Resolute Martial Arts and has grown into a local celebrity. He is currently a 3rd Degree Black Belt under Master Hamm, and is working on his 4th Degree. Mr. Mendoza is a Certified Instructor, and is the Head Instructor of the Hyper Fight Club program. He also is a Level 2 Certified Official for the Professional Martial Arts Conference and judges at tournaments nation wide. He is an amazing mentor and role model for all of the students at Resolute. 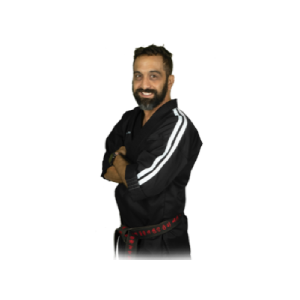 Master Perry has been training for 36 years and is a master instructor of the Famous Ernie Reyes World West Coast Association and was part of the traveling ‘Action Team’ performance group. Master Perry was also a Top 3 NASKA World tournament competitor in the late 90’s and early 2000’s as well as 12 time Arkansas State champion focusing on Extreme, Creative weapons/forms, Point Fighting, Kickboxing and Traditional karate. Master Perry’s positive vibes and energy are a perfect fit for our family here at Resolute. 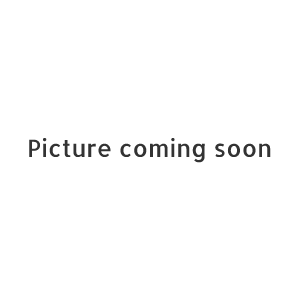 Mr. Zavier Roberts is from Jonesboro, Arkansas. He’s been training under Mr. Perry for about 9 years and is a 3rd Degree Black Belt. He’s been assisting and teaching for about 4 years. Mr. Roberts trained with his younger brother and they both got their Black Belts at the same time. Mr. Robert’s competed since he was a beginner belt on the regional circuit and on the PROMAC circuit. He is also a Level 2 judge for PROMAC. Extreme, creative forms, and tricking are some of his favorites, but sparring is where he really fell in love with martial arts. Mr. Robert’s really enjoys having fun while teaching and seeing the excitement on kids’ faces when they learn something new or get a new trick down. 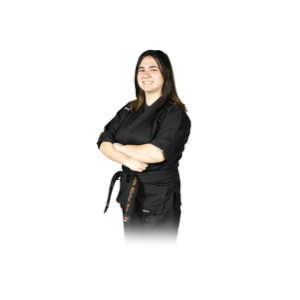 Ms.McCraw started her training at Resolute Martial Arts at 7 years old and has her 1st Degree Black Belt. Ms.McCraw is our Office Manager and is also an Assistant Instructor. She loves working with the kids and teaching them new things and is especially great with our 3 and 4 year old Tiny Tigers.

Resolute Martial arts operates out of a 5,000 square foot facility custom designed to offer you and your family the best experience. The parking lot is easy to access and offers plenty of parking spaces. If you’re not quite sure where we are located, we are on Commons Drive, right behind the Wal-Mart shopping center. Our suite is located on the left side of the center. 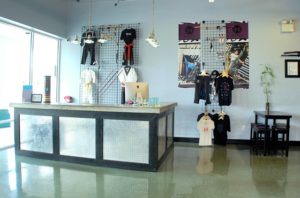 We stock our own Pro-Shop so you don’t have to look far to get the best training equipment for your classes or when you want to train at home. If we don’t have it in stock for you, most orders arrive within a week. And don’t worry, all sharp objects are kept way out of reach. 🙂 We also offer healthy snacks and drink options as living a healthy lifestyle is part of our DNA. Check in with the Pro-Shop every week as there is always something to get excited about. 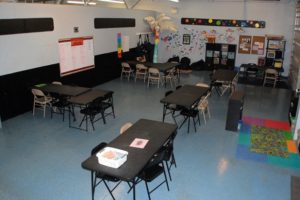 One you get inside you will notice our large training mat, and a few other rooms. Besides the obvious training mat area where 95% of the classes take place we also offer Destin’s Award Winning After School Pick-Up Program where students are picked up from their school and transported back to Resolute Martial Arts. We provide homework and reading time along with other structured activities to make sure they are never bored after school again. These awesome students have their own rooms away from the traffic of the rest of the school.